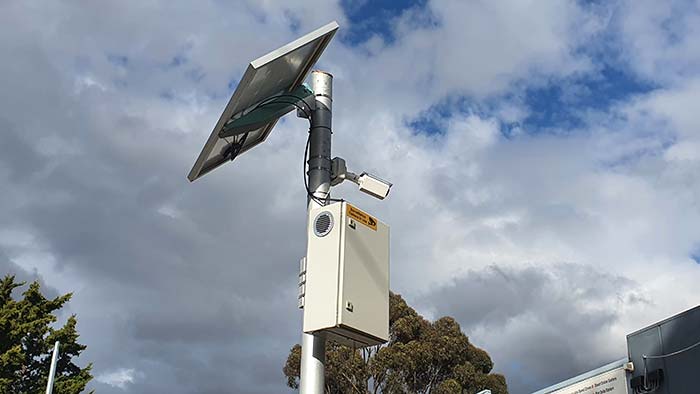 The new state of the art Umbo CCTV AI Security Cameras are the perfect security device for remote or isolated locations as they can be battery-operated and solar-powered which means can be used to monitor off-grid locations or remote areas where running cables would be impossible or very expensive such as farms, holiday homes, construction sites, barns, sheds, rural homes, car parks or car yards.

The Umbo Cloud-Based Security System also has a major advantage over traditional security systems because the video data is accessible via the cloud from your desktop computer, mobile device or smartphone. Combined with the Umbo TruePlatform software you can also access and manage multiple cameras across unlimited locations through a single web login so there is no need for network video recorders (NVRs) or digital video recorders (DVRs) and monitors onsite.

Umbo Security Cameras use artificial intelligence (AI) to recognise the human form before transmitting an alert and are capable of reliably detecting an event as it occurs and immediately acting to reduce the impact of an intrusion. This means you can save on the costs involved with retrieving security footage from remote locations due to false alarms as you are sent footage that has actually triggered a system alert to view immediately.

The accuracy of detection and the reduction of hardware costs for remote locations makes the Umbo security system an absolute game-changer when used as a Solar Powered Security Camera.

If you would like a quote or more information on Solar Powered Security Cameras contact us or give us a call on 0417 384 787.